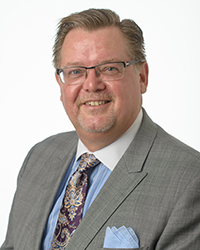 Raymond J. Leveillee, M.D., is a urologist and member of Bethesda Health Physician Group. He specializes in providing complex urologic care for a variety of medical conditions including prostate cancer, kidney cancer and stone disease.

Dr. Leveillee earned his undergraduate degree from McGill University in Montreal, Québec and his medical degree in Urology from the Brown University Alpert Medical School in Providence, Rhode Island. He completed his residency training at Rhode Island Hospital and fellowship in Endourology & Laparoscopy at the University of Minnesota.

For the past 20 years, Dr. Leveillee taught at the University of Miami’s Department of Urology and was the professor of urology, radiology and biomedical engineering, as well as the chief for the division of endourology and laparoscopy. His clinical interests include: laparoscopic surgery, endourology, stone treatment, and minimally invasive techniques for urologic disease, renal cell cancers and general urology.

Among his numerous honors, Dr. Leveillee was appointed to serve on a new committee of the American Urological Association for kidney and adrenal health.